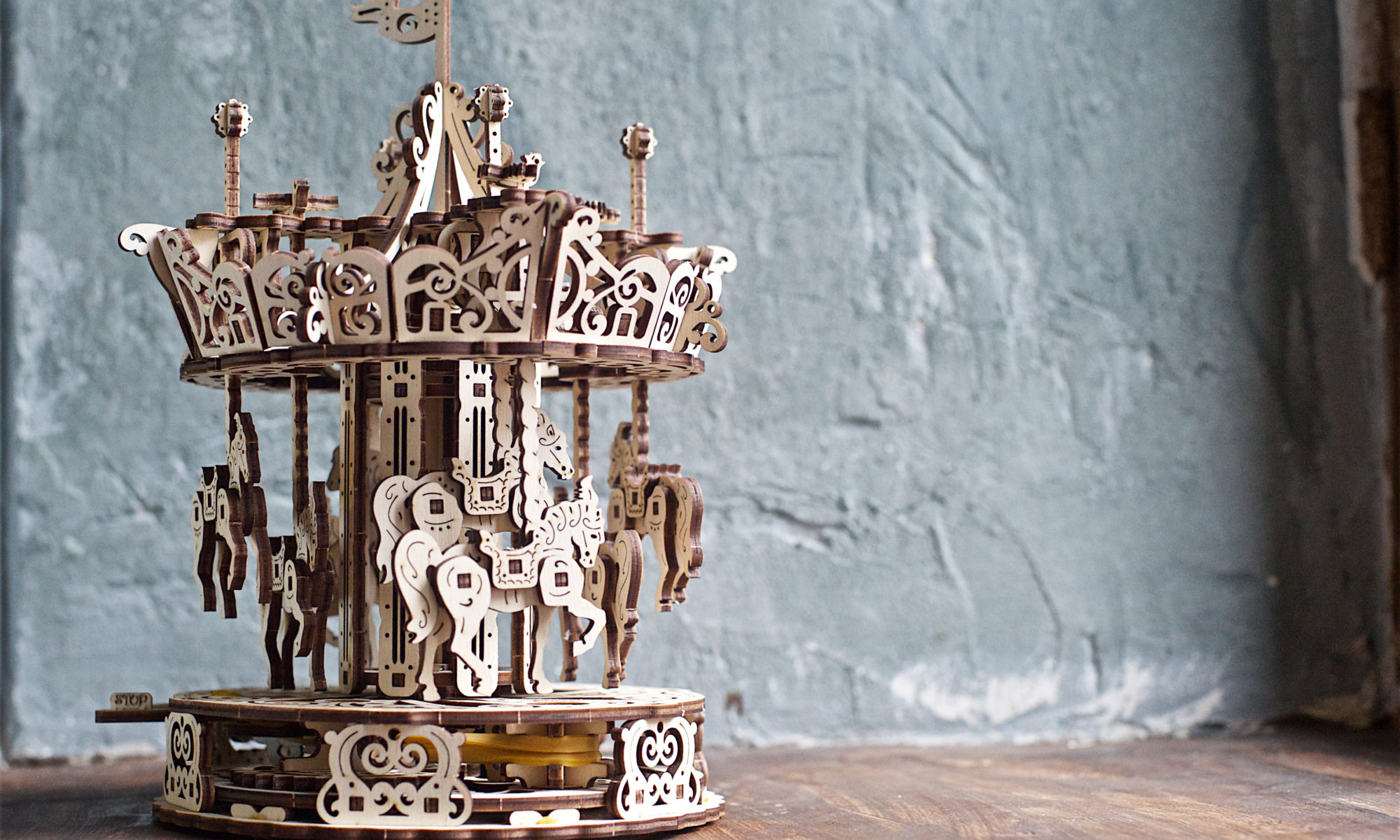 Originally from Ukraine, Dmitriy Z. got his degree in Mechanical Engineering and worked in the industry for ten years by the time he and his wife welcomed their son to the world. Eager to introduce their child to his Ukrainian heritage, the young family looked for Ukrainian books and toys but was disappointed to find very little on the American market. They expanded their search and looked for kids’ books in Ukraine to bring to the Ukrainian American families. In 2015, while in Ukraine, Dmitriy received a present for his son –  UGEARS Tram with Rails model. The model was for kids 14+, while Dmitriy’s son was only two, so he stored on the shelf for later.

However, in 2015 UGEARS ran a successful Kickstarter expansion campaign, collecting over $400K. Seeing the name in the news and articles, Dmitriy remembered the model on his shelf and decided to give it a go. Very quickly, the engineer became fascinated with the technical ingenuity of the model. His work colleagues all agreed – it is an excellent hobby for technical-minded people.

Dmitriy reached out to the manufacturer in Ukraine and offered to become a distributor. In April 2016, Ukidz LLC was born, and www.ugears.us website opened for business.

Almost as soon as the website started selling Ugears models to fans of puzzles, Ukidz also started getting inquiries for wholesale. As the wholesale demands increased, so did the business. Eventually, Ukidz LLC become the largest distributor of UGEARS Mechanical Models in the USA.

In 2019 Dmitriy left his job as an engineer, became a full-time business owner, and continued growing his distribution network.

In 2020, Ukidz LLC expanded its offerings with  Pixio, Babai, Matador, and Unit Bricks to reach a wider audience.

Today Ukidz LLC has a team of ten hard-working professionals striving to provide retailers with unique, high-quality specialty products from around the world. Its product lines are versatile, and excellent customer service makes it easy to work with!